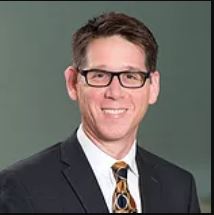 Upon completion of residency Dr. Hussong returned to Ohio and joined Oregon Surgical Group, a satellite of the Toledo Clinic. He remained there until starting his Hilton Head practice in January of 2003.

Dr. Hussong has active licenses to practice medicine in South Carolina and Ohio. He maintains active privileges at Outpatient Surgery Center of Hilton Head and Hilton Head Hospital. He also has courtesy privileges at Coastal Carolina Hospital. In addition, he provides care one day a week at the St. Joseph’s/Candler Center for Hyperbarics & Wound Care-Moss Creek where he also serves as the Medical Director.

Dr. Hussong was appointed to the Hilton Head Hospital Board of Governors as a physician representative for a term commencing in 2015. Subsequently he served as the Vice Chair and in 2019 assumed the role of Chairman. He has also served on the Hilton Head Hospital Medical Executive Committee from 2005 through 2015 during his tenures as Chief of Staff, Vice Chief of Staff, Chief of Surgery, and Immediate Past Chief of Staff. He has also been a member of the Coastal Carolina Hospital’s Medical Executive Committee.

He and his wife have chaired the American Cancer Society’s 2012 Winter Benefit and the American Heart Association’s 2006 Flavors a la Heart fundraiser.